The first book waiting for me at the library after the softening of the stage four lockdown in Melbourne was Jerimah's Bell by Denzil Merick, the latest in the DCI Daley series.

After a serious illness plus the threat of dismissal from the police force, James Daley returns to his position of DCI at Kinlock only to be encouter a series of mysterious deaths, threats and events from the past that need to be revealed.

Alice Wenger has returned to Kintye to complete unfinished business started before her departure more than thirty years earlier. The Doig family - Alice's parents and three brothers - live in a small dilapidated, isolated house near the coast and keep to themselves. Rumour has it that the family has a sinister past, including causing ship wrecks and smuggling. It is shortly after Alice's return to Kintyre that the first death occurs. The police soon becaome aware that a former American gangster may be in the area.

Not only does Denzil Meyrick, a former policeman, write page turning crime stories but he also introduces the reader to the close knit community of Kinloch, based on Campbelltown, and its people. The setting for the stories in his series of books plus the development of the characters, particularly Jim Daley, Brian Scott, Hamish, Annie etc are important components of the book. An added thread in this book is the future of the County Hotel as the owners have decided to sell the building.

Each year I look forward to becoming immersed in the next book in this Scottish noir series. Jerimiah's Bell did not disappoint.

For further information about the region where the series of books are set:

Exploring the natural wonder of Campbelltown - The Scotsman 4 October 2014

Aboriginal Victorians: a history since 1800 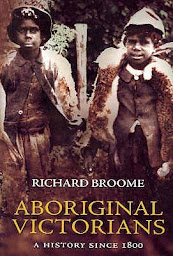 Richard Broome has written a comprehensive study of the relationships between Aboriginal people and Europeans in Victoria since  first encounters in 1800. The book is divided into four sections: Wild Times: 1800-1854; Transformations: 1850-1886; Assimilationism: 1886-1970 and Renaissance: 1970 onwards. The book was published in 2005.

For my family history research I was particularly interested in part one of the book, especially information concerning the years 1834 to 1840 when ancestors had investments in the new settlement of Melbourne as well as properties in the Western District. Another branch of the family settled in Gippsland.

This section deals with initial encounters between the two groups and the reactions, on both sides, to encountering different people and very different lifestyles. The author looks at the impact of the arrival of Europeans on Aboriginal life and culture and attempts to provide viewpoints from both sides. Encounters in the new village of Melbourne were not necessarily the same as encounters in the bush.

The western district of Victoria was chosen for settlement because of the opportunity for grazing sheep on land which the Aborigines had cleared by fire to encourage grass for the grazing of kangaroos which they hunted. The concept of looking after land was different for both groups. The idea of remaining in one location and taking ownership of land to the exclusion of others was a foreign concept for indigenous populations. Sometimes the two groups managed to coexist with an element of give or take on both sides. However hostilities did occur with death and injuries to both Aborigines and European settlers.

This book is essential reading for anyone interested in the history of Victoria, not just as a study of race relations but also as background to understanding how the state has developed. 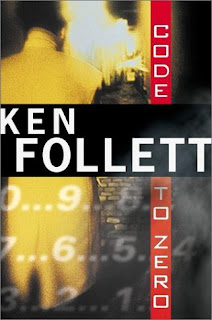 This book was given to my husband some years ago so when I recently discovered it on the bookshelf I decided to read it. I had read Pillars of the Earth but had not read any of Ken Follett's crime / suspense novels.

Code to Zero is set in January 1958 when the first American satellite, Explorer I, was launched. The day of the proposed launch one of the scientists who has worked on the project is found semi-conscious in a toilet block in Washington. Luke has lost his memory and is dressed as a beggar with no money. He sets out to discover who he is and gradually realises that something important is to happen and that he should be there. He also soon realises that he is being followed and that someone is trying to kill him.

The suspense is maintained as the countdown for the launch is recorded in the chapter headings. There are also flashbacks to 1941 when we learn of the relationship between Luke, Anthony, Elspeth, Billie and Bern when students and later during the War. This is also a story of the Cold War in the 1950s and the rivalry between the USA and Russia. As Luke gradually recovers his memory he also has to establish who he can trust as he races against time to ensure that the launch of the satellite is a success. 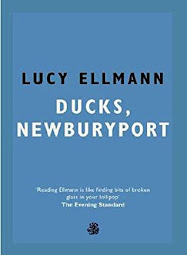 Ducks, Newburyport was the winner the fiction section of the James Tait Black Award for a book published in 2019. Lucy Ellman has written a substantial novel numbering 998 pages and I must admit that I did not read the book in its entirety.

For the most part the book is written in one sentence. There are commas but where full stops should be used the author inserts the words 'the fact that'. The story is narrated by a housewife from Ohio and from this stream of conciousness we gradually learn about her family and her thoughts about the state of the world, particularly the USA, in the twenty-first century. Interspersed throughout the work is another story about a mountain lion who hunts for her cubs when they are taken away in a car. This second story is told in twenty-six short segments and normal puntuaction is used.

Themes throughout the book include motherhood, flashbacks to the narrator's early life including relationships with her parents and other family members, climate change and the environment, the USA in the time of President Trump, firearms, illness and death, her cooking and animals. References are frequently made to films and actors, authors and music. There are frequent references to books (for example the series by Laura Ingles Wilder and also the books of L M Montgomery) plus many quotations from a variety of sources. The title of the book is derived from an incident when her mother, as a child, almost drowned.

Once I was prepared to forget about the lack of fullstops and paragraphs and put the words 'the fact that' into the background I found that I became immersed in the writing and the jumping from one topic to another. I read 100 pages and dipped into other sections but, even in a pandemic, decided that I had other things to do. 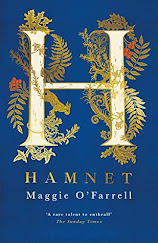 The works of the playwright, William Shakespeare, have played an important part in English literature since the sixteenth century. Increasingly other works have been written based on his plays and poetry and also about his life - though little information about his life actually exists. There have also been numerous television programs, such as Upstart Crow, based on Shespeare as playwright and relations with his family. A recent film, All is True, also looked at the latter years of Shakepeare's life.

In this work of historical fiction, Hamnet, Maggie O'Farrell tells the story of Shakespeare's family in Stratford-upon-Avon. The main character is Agnes (Anne) who marries the future bard when he is helping his father with his glovemaking business and teaching Latin to village school boys. It is obvious that William's mind is not on either of these jobs. When William and Agnes marry they live in a small building attached to his parents' house. Their lives are therefore intertwined with ther members of William's family, particularly his father who is definitely not easy to live with.

Eventually William goes to London to find suppliers for selling his father's gloves but while there becomes involved with the theatre as an actor and a writer and producer of plays. Meanwhile, back in Stratford-upon-Avon, Agnes looks after the three children - Susanna and twins, Judith and Hamnet. Judith was born a sickly child and Agnes did not want to risk taking her to London to live. From time to time the father visits his family but he is needed in London to supervise the productions that he has written.

In 1596 the plague returns to London and the theatres are closed. The theatre companies therefore take the opportunity to tour their plays in nearby counties. Meanwhile the plague also comes to Shakespeare's house with tragic consequences. The rest of the novel explores the reactions of family members, particularly the parents, to the loss of a child.

This is a moving novel which provides interesting background as to what life may have been like at the end of sixteenth century England. 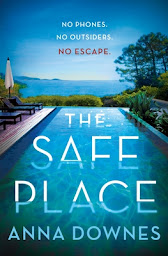 Emily Proudman's life was a mess. The London out-of-work actress had been filling in time temping but then she lost that job too. She had no spare money and is about to be homeless unless she can convince her parents to allow her to return home - just for a little while. Then her former boss, Scott Denny, offers her a job acting as housekeeper and odd-job person at his luxury estate in the south of France where she would be assisting his wife, Nina, and his daughter Aurelia.

Eventually Emily decides that she has no choice but to accept Scott's offer and finds herself living in a beautiful secluded property near the beach. She has her own living quarters and there is a pool. After meeting Scott's wife and daughter Emily feels that the arrangement might work - at least she will give it a try. Then Emily begins to notice things that she cannot explain and gradually becomes uneasy about her new environment, especially her relationship with Nina.

The story is told from the point of view of Emily and Scott and we gradually learn part of the back story as told by a third voice. Emily becomes aware that something sinister has occurred and that she must escape to save her life. At times during the book we learn a little about events that occurred when Emily and Nina were younger that may impact on current actions and relationships.

The author, Anna Downes, is English but now lives with her family in Australia. This is her first novel. 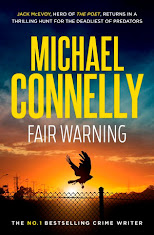 Jack McEvoy is a journalist, working on the digital publication, Fair Warning. Returning home one evening he is approached by police who inform him that someone he once met has been murdered. They request his DNA. Needless to say Jack decides to investigate the story and discovers that this is not an isolated murder. He also discovers the link between all the murder victims - they have all had DNA tests with the firm GT23.

In this crime novel, Michael Connelly focuses on the challenges of investigative reporting in the twenty-first century and questions the possible misuse of DNA information if it falls into the wrong hands. He also delves into the dark web. As McEvoy attempts to write his story and solve the crime he is assisted by Emily Atwater, a fellow journalist, and Rachel Walling, a former member of the police force with whom he has worked on other cases.

Fair Warning is a tightly written, exciting  crime novel that I really enjoyed reading. I will now need to look for other works by Connelly, particularly The Poet and The Scarecrow which also feature Jack McEnvoy.