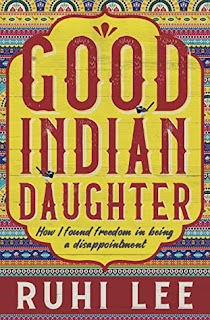 When Ruhi became pregnant she was worried when she discovered that she was to be the mother of a daughter. Born in India but brought to Melbourne, Australia, as a young child, Ruhi had felt trapped between two cultures and the need to conform to her parents' demands and expectations. She knew that she could never be described as a traditional 'Good Indian Daughter' and certainly did not want any daughter of hers to encounter the type of unbringing she had faced.

Issues discussed include bullying, abuse, religion, body image, depression and racism, yet throughout the book there is often humour as Ruhi describes family encounters and the challenges of living in two cultures. As the arrival of her daughter approaches Ruhi and her non-Indian husband set their own rules for family involvement and expectations in the bringing up and nurturing of their child. Needless to say the author uses a pseudonym, Ruhi Lee, when writing Good Indian Daughter to protect her family.

Having recently read The First Woman by Jennifer Nansubuga Makumbi similar issues regarding attitudes to women in some cultures - in these books Uganda and India - are portrayed. 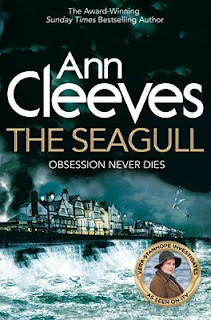 When Vera is sent to the local prison to give a talk to a group of prisoners she is approached by one of the inmates who says that he has information that he will give her if she checks up on his daughter. Former police officer, John Brace tells Vera about the body of Robbie Marshall that he placed in a drainage pipe at Whitley Bay twenty years previously. However when the body is recovered it is revealed that there are two bodies in the drainage pipe.

Investigating this cold case reveals much information about Whiley Bay's past history, particlarly the former club, The Seagull, destroyed in a fire many years previously. References to The Gang of Four  - John Brace, Robbie Marshall, Hector Stanhope plus someone referred to as 'The Prof'. - occur during the case and Vera knows that finding out the identity of the Prof will help in solving the mystery. Then another body connected with the case is discovered. Many of the key players living in the town when the bodies were placed in the drainage pipe are still around but are reluctant to talk and Vera is dubious that she can always trust the information available.

The Seagull by Ann Cleeves is no. 8 in the Vera Stanhope series. It was the basis for episode 4 series 9 in the Vera television series. 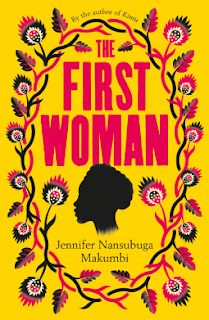 The First Woman, published as A Girl is a Body of Water in the USA, by Jennifer Nansubuga Makumbi is another short listed book for the 2020 James Tait Black Award to be announced in August 2021. It will also be featured in the 2021 How to Read a Novel course on Future Learn where participants will use part of the book to look at characterisation in novels.

Twelve year old Kirabo lives in a village in Uganda with her grandparents and extended village family. She has never known her mother but her father visits from Kampala when he can. Life in the village is very much structured around tradition and the law of the clans. Women know their place and girls who want to pursue an education are informed that their prospects of getting a husband will be limited.  In this patriarchal world, however, there are members of her family who encourage Kirabo to continue her education.

A theme of the book is mwenkanonkano or feminism in a patriarchal society and the book describes Kirabo's quest to establish her role as an individual, able to make her own decisions on her own terms. Part of understanding Ugandian society is via learning and understanding many of the stories that form the culture. Nsuuta tells her the story of early times when the first man came from the land and the first woman from the sea. Women therefore cannot inherit land or make decisions regarding land. Only men can do this.

There is also political danger to be faced by the villagers during an insurrection against the regime of Idi Amin (president of Uganda in the 1970s).

This is a beautifully written book about a young girl looking to establish a role for herself in a confusing and structured world. 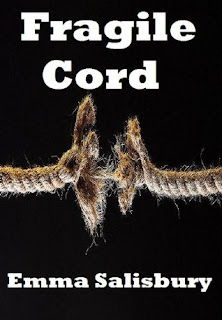 Police are horrified and saddened when they arrive at a crime scene to discover a six year old boy drowned in his bath and his mother dead by her bed. Was this a murder suicide and, if so, why would a young mother kill her son, her unborn baby and herself?

Detective Sergeant Kevin Coupland and Detective Constable Alex Moreton from Salford Police lead the investigation. With such a case it is difficult for the discovery of evidence not to affect the private lives of the detectives, especially as Alex has a son the same age as Kyle, the dead boy. The police are also investigating another case where a street robbery led to the stabbing of a man who had been having dinner with his family.

As the investigation continues it becomes obvious that the young mother had a tragic secret that was about to be revealed causing her to take such drastic action. The detectives also discover that the two cases have a link.

As well as describing the investigation of the two cases, Fragile Cord by Emma Salisbury is about relationships - the marriage of Kevin Coupland and his wife which appears to be on shakey ground and Alex Moreton's concerns about balancing family life and police work.

Although an absorbing, often troubling story of crime and its effects, often over generations, this novel is defintely more than a crime story. It is also a book about people. This is the first book in the DS Coupland series and I will certainly be reading other books in this series. 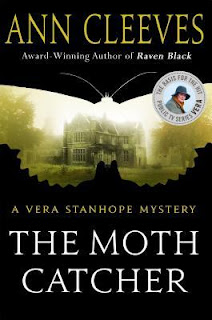 Travelling back from the pub Percy Douglas needed a brief stop on the way home. He did not expect to find a body in a ditch. Shortly afterwards when Detective Inspector Vera Stanhope arrived to investigate she discovered a second dead body in a nearby house. Who are these men and what did they have in common?

Vera and her team discover that there are many suspects including three retired couples who live in buildings near the big house. As the investigation into the deaths of Patrick Randle and Martin Benton gets underway the initial discovery of what they had in common was their love of moths. Then another body was found revealing that there must be another connection between the victims.

As the plot is revealed the reader learns more of the lives and secrets of those living in the valley and of the past lives of the three people killed. Some members of Vera's team also have concerns regarding policing, particularly Holly.

The Moth Catcher by Ann Cleeves is another good book in the Vera Stonehope series - no. 7. The plot was also used for the Vera television series - no. 3 in series 6. 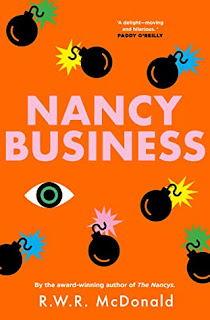 Tippy's Uncle Pike with his partner, Devon, has returned to New Zealand from Sydney to be with Tippy and her mother for the twelve month anniversary of the death of Tippy's father. Tippy has still not been told the full story about her father's accident and is grieving his death while her mother has difficulty containing her anger about events that occurred before he died. Pike and Devon are determined to entertain and spoil Tippy during their visit. They have purchased a holiday house in Riverstone and plan to supervise the refurbishments during the visit. During their stay Tippy stays with them in an Airbnb as her mother is currently working long hours.

One morning Pike, Devon and Tippy are awoken by an explosion that rocks the small town when a car bomb explodes near the town hall destroying a number of buildings and the Founding Tree. Three people are dead with others injured. Tippy's mother and Devon provide first aid to the injured. According to media reports the bomber has been identified but Tippy, Pike and Devon are not convinced about the facts as presented and the Nancy Drew fans tackle a new investigation.

There is much zany and often outrageous humour in this book but the novel also a dark side, particularly when  dealing with the question as to when people should be told something that will only cause them grief. The relationship between Pike and Devon is also tested. In the end it is the investigation that reunites them.

The Nancy Business by R W R McDonald, a New Zealander now living in Australia, is the second book in the series. The Nancy's was published last year. Indications at the end of the book is that there is still more of this story to tell. 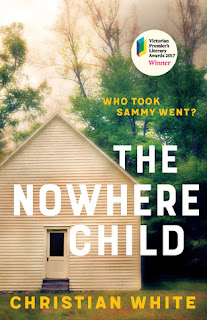 When Kim Leamy was relaxing and enjoying a coffee before teaching a photography class at a TAFE college in Melbourne, Australia, she little realised that her life, as she knew it, was about to change. A man approached her and showed her a photograph of two year old Sammy Went who disappeared from her home in Manson, Kentucky, USA, twenty-eight years previously. He suggested that Kim and Sammy were the same person. It was later revealed that DNA tests showed that Kim and this man were siblings. Kim's mother had died some years before which left her step father, Dean, as the only person who might provide answers, however he was reluctant to provide information. Kim therefore decided to go to Manson, Kentucky, to try and discover the truth about her family.

The Nowhere Child by Christain White tells the story of Kim's quest to find out who she really is via alternating chapters, written in the present and in the past, until the true events are finally revealed. In Manson Kim discovered a disfunctional family - a brother, Stuart, who spent much of his life looking for Sammy; a sister, Emily, who believed that Sammy had died; a mother whose life revolved around the activities of a religious sect; and a father who had established a new life with a new partner. As Kim gradually discovered the truth about her previous life and her family, her life was threatened and past crimes revealed.